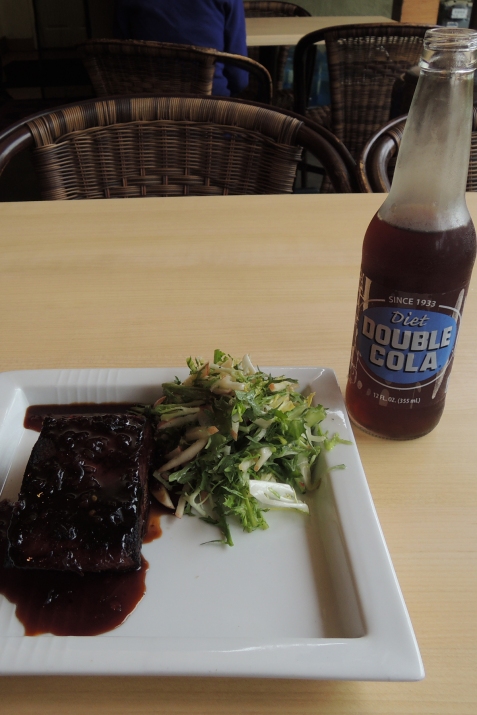 Carnitas’ Snack Shack offers up slow food in a shack in North Park.  With Chef Hanis Cavin and Sara Stroud at the helm, the eatery continues to gain a loyal following since the ordering window first opened in 2011.

While the open air design is simple and unpretentious, the comfort food is complex in flavors.  The ingredients come from local farms and suppliers such as Suzie’s Farm and Specialty Produce in San Diego.  The decision to order the pork from Salmon Creek Farms in Twin Falls, Idaho is based on their high standards for quality meat and the humane treatment of animals.

Regulars of Carnitas’ Snack Shack line up long before the 12pm opening time for their hog and brew fix.  Slow food menu favorites include the Triple Threat Pork Sand which has pork loin schnitzel, pulled pork,  and bacon, as well as the braised Pork Belly App with an apple slaw and the Pulled Pork Poutine.  Not for the faint of heart, the affordable snacks range from $7-9 each.

Pigs may not fly but the dishes sure sing at Carnitas’ Snack Shack.  Slow food, soul food, so good.